To serve the finest Jamaican cuisine in an effort to simulate and awaken the senses, mind, body, and soul of all who choose to dine and spend quality time with us here at Sweet Fingers Restaurant. 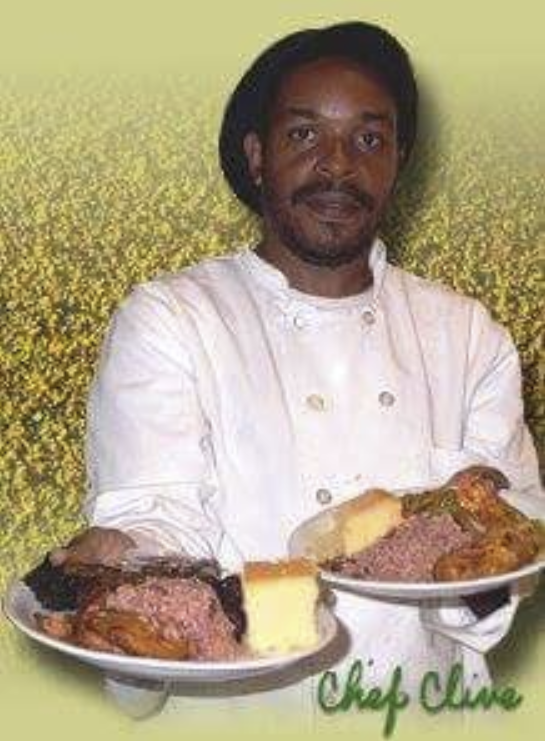 Chef Clive has over 15 years of experience in the food service industry. Originally from Jamaica, born in Kingston and raised in the country at his grandmother Lucy’s aka, “Aunt Lu”, aka “Sugar” knee. During his youth he admired his grandmother who was a “big woman” in town because she continued her husband’s business after he dief and sold fruit to the community. Some of his best memories growing up were sitting in her kitchen enjoying the “sweetest” meals made fresh with love.

When he became a young man at the age of 18 he left Jamaica and traveled to New York to live with his father where he continued his trade education and attended Culinary School. Chef Clive graduated top in his class and was the only student to secure a position in his field upon graduation. Chef Clive worked 10 years for the Marriot Hotel being eventually promoted to the Supervising Chef.

Spring of 2003 Chef Clive relocated to Sacramento, California. Chef Clive’s skills could have earned hima head chef position in any of our local restaurants, but he chose to support a local Jamaican restaurant becuase he saw the potential and wanted to serve the public quality Jamaican cuisine. Soon thereafter Chef Clive met his fiance, an ambitious local attorney with whom he imparted his vision. She ate his food and knew she had fell in love with the most talented chef in town and together they set out to make Chef Clive’s vision a reality.

Now we all can sit in Chef Clive’s “kitchen” and enjoy the sweetest meal made fresh with love, just like “Aunt Lu” made for her little grandson. “Sweet Fingers, Food So Sweet Them Lick Their Fingers!”